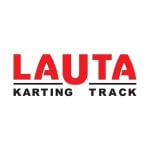 The summer amateur championship is a part of SODI WORLD SERIES (SWS).

Those wishing to take part in a Summer Amateur Championship should have a registration for the SODI  WORLD SERIES.

Registered competitors can participate both in the LAUTA KARTING races as well as in track race VARNA KARTING TRACK.

Competitors can register in advance on the website of the SODI  WORLD SERIES. (http:www.sodiwseries.com/en/)

In the event of a failure to register, the pilot shall be required to register in time at the relevant karting track at which the race will take place no later than 3 days before the date of the race itself.

Maximum number of competitors: up to 24 per age group.

The competitions will take place in strict time schedule

Starting grid - FaceRacer.com rankings for the best times for the period between the rounds

The starting grid will be determined by the best achieved time in the Final.

If there are more than 12 participants, the participants will be  divided into two groups!

For the first semifinal are qualified  the drivers  on 1st, 3rd, 5th, 7th place In the FaceRacer.com rankings for the best times for the period between the rounds!

For the second  semifinal are qualified  the drivers  on 2nd, 4rd, 6th, 8th place In the FaceRacer.com rankings for the best times for the period between the rounds!

Example: If one participant has given the 3rd best time in the classification of FaceRacer.com he will start 2nd   in the Semifinal.

For the Final are qualified half of the participants who have finished in the first positions in the two semifinals.

Example:  In two groups with 8 participants for a Final A are qualified the first 4 who have finished in the two semifinals.

For the Final B are qualified  the rest half of the participant.

The starting grid will be determined in the order of finishing in the semifinals as the First Final is racing for the left and the Second for the right starting grid.

Example: The first finished from the Second Semifinal will be starting 2nd in Final A.

Scheme of the starting grid in the finals:

For Super Final A the pilots are ranked in the following scheme:

In group of 8 persons are qualified the first 5/3

In group of 9 persons are qualified the first 6/3

In group of 10 persons are qualified the first 6/4

For Super Final B are qualified those who have finished in the other positions in the Final.

The drivers who have qualified  for the Super Final A from Final B are starting from the last positions,

depending on their times in the Final.

Кarts – the drivers are drawing a lot for the number of the kart before each stage of the competition.

At discretion of the judges may be given second punishments for unsymmetrical driving.

The penalties will be from 3, 5 and 10 seconds together with the common time.

With penalty from 3, 5, 10 seconds will be added 1, 2, 3 seconds to the best time in the ranking for the starting grid for the next Final or competition.

The scoring in the amateur championship is the following:

For the Final B and Super Final B

For the final A and Super Final A

The scoring for the competition is made by the system of SODI World SERIES SWS.

The Final and the Super Final race are count as separate competitions, according to the regulations

For the general ranking of SWS are considered the   first 10 best times of each driver.

It doesn’t matter on which track and in which competition they have achieved the results as soon as the competition has been registered in the SODI World SERIES according to the regulations.

How to get next rank
Karting Type
Driver
Expert
Racer
Acquired kilometers on the track:
at least 100 km.
at least 200 km.
Track's Contacts

Your reservation has been created successfully and confirmed.

Your reservation has been created successfully.