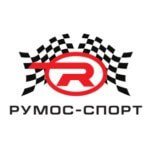 The professional racing team RUMOS RACING will present a new auto racing team brand in the season of the RTCC 2019 season and will perform in the new lineup at TCR Russia.RUMOS RACING is a new team name of Lev Tolkachev, the main pilot and ideological inspirer of the project. In the off-season, a cardinal decision was made to create their own professional “stable” and complete rebranding of the RUMOS AMG MOTORSPORT. For several months, it was possible to do, perhaps, the impossible. First of all, it was built own base. Equipped with the most advanced equipment, transport and staff, it allows the team to participate in events of any complexity on any racetrack in Europe and Asia.

The team includes well-known and respected experts in the world of motor racing. So, Sergey Mitroshkin became the sports director of the team, starting his career back in 1986, first as a pilot and then as a coach of his own daughter. Today, Sergei Mitroshkin's students are multiple champions of Russia and winners of international competitions. Working in various racing series, participating in championships as an engineer, telemetrist, commissioner and personal trainer, working in professional autosport teams is a great experience that we are sure will be transformed into the victories of the RUMOS RACING team in the 2019 season.

Pavel Kulagin, racing engineer Lev Tolkachev in the 2017-2018 seasons, was appointed technical director of the new team. Behind Pavel is working in well-known racing teams as an engineer for many pilots, winners and prize-winners of the Russian Track and Circuit Championships. His responsibilities include working with racers, coordinating the work of mechanics, tuning cars for a race, general technical issues. Undoubtedly, his knowledge and skills base is extremely important for the preparation of racing cars by a team of mechanics consisting of Ivan Puchtinov, Denis Petrov, Alexander Solovyov and Ruslan Mironov.

Ivan Kushnir, currently the head of the business unit of the RUMOS-Avto group of companies - the RUMOS-SPORT circuit, will take over the overall management of the team, administration, support of the team at the races, as well as issues of interaction with the organizers.

Lev Tolkachev this season will be piloted by the Cupra TCR hatchback with a sequential gearbox well known to the participants of the RTCC, which means that the team will fight in the Russian championship. The second car in the colors of RUMOS Racing - SEAT Leon DSG already at the Grozny stage will be brought to a fast start by Mikhail Mityaev! A separate RAF Cup has been established for machines with robotic boxes this year, but perhaps Mikhail will be able to fight for the victory in the absolute ranking of Turing!

In addition, in the stable RUMOS RACING - LADA Granta, prepared for the Super Production class (this is the same car that Lev Tolkachev won the silver medal in the RSKG-2014 SMP), and the LADA Kalina NFR hatchback, prepared for the S1600 offset requirements. In the course of the season, this car can be finalized to offset Touring Light.

And so, there are seven stages ahead on the best autodrome of Russia: Moscow, Grozny, Kazan, Sochi, Smolensk, Nizhny Novgorod! Our team will travel hundreds of kilometers in combat mode and thousands - on the way from one route to another! We understand that the fate of the champion title will be decided only in the last seconds of the most recent race. Is it possible to come up with a more exciting, more interesting scenario for fans?

Meanwhile, this is exactly how events will develop in the current season of the Russian series of ring racing - the largest and most prestigious national tournament in this popular category of motor sports. And our team has the honor to be a participant of this grand sporting event, speaking in the most prestigious class - TCR Russia!